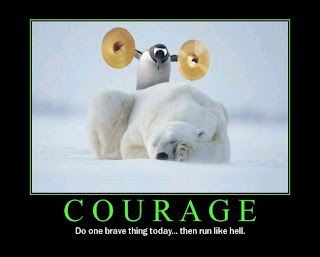 A wacky woman from the way left insisted, “You’re not listening to me!”

I responded casually, “I’m hearing you quite well; but I’m just not agreeing with you.”

The way left and way right think we’ll agree with them sooner or later if they keep repeating, shouting, or force-feeding their, uh, stuff to us.

I don’t think so.

More of the same doesn’t change minds that are already made up; with all apologies to those who are obsessed with PBHO’s birthplace as if anyone in any position to do anything about it really cares regardless of what the constitution says which is another consistency in our sociopoliticoreligio culture: http://wnd.com/index.php?fa=PAGE.view&pageId=85587.

Folks like me think folks who contend because they don’t want to attend are egotistical, arrogant, condescending, and diabolically oppressed if not possessed.

Folks who contend because they don’t want to attend are saying, in effect, “I know that’s what Jesus and the Bible say, but I think…”

That came to mind as the lefties and so-called evangelicals who always end up accommodating the lefties because the lefties are in charge of the bureaucracy and you know what that means when it comes to vocational mobility in our presbytery – that’s a bunch of pulpiteers and pewsitters who act like a collective pope and tell churches under their thumb what God really means especially when they’d rather contend than attend – decided it’s O.K. to force churches to “exhibit” movements and materials when hosting their meetings even if the stuff is anathema to their understanding of Biblical Christianity.

Specifically, they were gonna amend the bylaws to make churches bend over to their advances: “Recognized networks and partnerships may exhibit and present in presbytery meetings and their participation may not be restricted by any church or group.”

Anyway, we were supposed to vote on that at our stated meeting in February.

Fortunately, while snooping around and consulting with folks around the globe who know lots more than me about the ecclesiastical and civil rights of churches being terrorized by pape, three highly placed friends in our presbytery contacted me and said, essentially, “Not to worry. The proposed amendment has been withdrawn from February’s docket. Don’t get upset over something that’s not gonna happen.”

Buuuuttt, I’m not a rookie and I know how these things go; so I’m gonna publish some of the comments and counsel from my consultations just in case there’s a next time.

From a professor in Pennsylvania: “The far left, whether political or religious, uses law like blank permission slips; scribbling in or whiting out whatever they want. If it’s their booth, then you are violating their rights by not allowing them to display what it is they want to display or express what it is they want to express. If it is your booth, you are violating their rights by displaying it. We got ourselves into this mess by being too tolerant and I doubt very seriously if we will escape it. Wake up! The far left is like a cancer. It will wreak ruin and leave the host dead.”

From a photojournalist who works about 50 miles south of the professor: “I’d tell them that it is our house and we play by our rules. You know how home teams do it in football: ‘Not in our house!’ Do you think Israel welcomes Hamas into its house? Sorry! I forgot! You Presbyterians sleep with Muslim terrorists these days!”

From a left-leaning friend and one of the most celebrated authors in our franchise who I really like a lot more than she/he thinks: “This isn’t my fight, but when you agree to be part of an organization you also agree to abide by the rules of that organization. Either that or you engage in civil disobedience, prepared to accept the consequences, while working to change the rules. So if presbytery adopts a rule about exhibits at presbytery meetings, your church should abide by that. If my church officially disagreed with some position of another exhibitor, I would feel free to have an exhibit at that same presbytery meeting saying so in the free marketplace of ideas.”

From a leftist in New Jersey: “Bob, you invited them. So be kind and courteous. Then left them have it in a forthcoming KD.”

From my favorite devotional writer in Oklahoma: “If it passes, there is probably little you can do. As the head goes, so goes the body. It will be discouraging. However, I don’t think too many of ‘the powers that be’ will want to go up against you. Prayer does change things, and I will be in prayer for you over this matter.”

From a retired theologian in Massachusetts: “They will say you are breaking covenant with your sisters and brothers if you are able to keep the apostates out. Here is your response: ‘You have broken covenant with Jesus, the Bible, The Book of Confessions, and The Book of Order.’ Of course, their understanding of covenant is limited to their collective libido.”

From a high steeple preacher in Texas: “My understanding through 29 years of ordained ministry is session has complete control over your facilities…I would try to avoid a legal battle and simply appeal to the presbytery during the floor debate that the presbytery ought to take a stance of not bringing offense to any local congregation and allow each congregation to determine what will or will not be displayed on its property at any presbytery meeting.”

From an expert on the constitution in Tennessee: “Based on G-10.0102, the action proposed by those who would strip the local church of its right to determine what is appropriate/inappropriate for display on the local campus would seem to overthrow the rights and responsibilities of the session. Any attempt to dictate acceptance of displays that a particular session deems inappropriate is tantamount to stating that the session in question is unable to adequately perform its constitutionally defined duties. Such a decision can only be made by an administrative commission that has been charged by the presbytery to determine whether or not a particular session is still a viable governing body.”

From San Diego: “They are anti-Biblical heretics! Why not put them at a card table at the very end of a long hall or preferably outside? Put a large sign in front of their table: ‘Common Christian Heresies.’ They will not like it. They will whine. But they will have no legitimate defense…Refuse to host or invite opposing ministries to surround them on all sides!…The inherent problem is that when you are made to lie down in the pigpen, there is no avoiding the muddy fecal matter.”

From an EPCer in New Hampshire: “Two things. First, by just asking questions, they’ll back off because, at their core, they’re cowards about what they don’t believe and don’t want anyone to know they don’t believe it. Second, they’ll probably withdraw their acceptance of your original invitation because you are so rude to question their intentions.”
@#$%

From a lawyer in Steel City: “One of the first rules of the concept Majority Rules is that the majority really does rule. If the minority doesn’t like the consequences of this reality, it may schism or endure. You’ve chosen to endure. As a result, if the principalities and powers prevail in passing such a nonsensical requirement, you have only two choices: host or not host the meeting. Actually, there is a smarter 3rd choice derived from Gandhi and Martin Luther King, Jr.; and that is to stage a peaceful protest…Gandhi reminded his followers that they would change the world faster by taking a bullet than by firing one…You will be branded as bigoted, hateful, belligerent. Didn’t Jesus say something about that?…Just call me your bomb-thrower.”

From a lawyer in Kansas City: “I think you have framed the question so that you get the right answer. Is it anathema to Jesus? That overrides it all. You cannot host something that is anathema to Jesus. You just CAN’T!”

From a lawyer in leadership of one of the most influential para-denominationals in our franchise: “It seems to me that there are three considerations at work here: (1) Simple courtesy of host and guest. When a host extends an invitation to a guest, it is with stated or implied parameters that the guest will behave and will not bring the uninvited and unwelcomed. Presbytery is the guest and it should behave and not bring uninvited and unwelcome guests like Covenant Network; (2) Just hosting a presbytery meeting brings something worse than Covenant Network. It brings those who believe it and espouse it throughout the worship and business activities of the meeting; and (3) Being in the PCUSA means that members are connected with a lot of stuff that they would not let into their families; which, of course, is why people are leaving the PCUSA in increasing numbers every day.”

From a high steeple pulpiteer in San Francisco: “I think your church, in issuing an invitation to the presbytery, has every right to make a condition on that invitation…That being, simply, that your session has determined that the only materials in your church will be those which directly exalt Christ…I think you are in the driver’s seat as the host. If they want to reject your invitation as this late date and reschedule with somebody else, that is their prerogative.”

From a really smart fellah in the state of Washington: “You already see the slick slope without my opinion. In agreeing to host, you signed up to provide a location where presbytery activities can take place at a set time. Like them or not, these ancillary organizations are a part of those activities…You are smart man. You’ve understood what a train wreck the PCUSA was and is becoming for as long as I’ve know you which is almost 30 years now. This shouldn’t be unexpected.”

I need a trip; and you can join me now that OBJ Customer Services has granted permission for me to share their videos with KD subscribers as of 1/9/09 at 8:43 a.m.:
http://moreoldfortyfives.com:80/TakeMeBackToTheSixties.htm.
@#$%