I am deep, deep, deep into writing a book about biker culture as metaphor and challenge to the church; and I am preaching a summer summary series on it beginning this Sunday.

The messages (aka sermons) will summarize the chapters; for the chapters are much, much, much deeper and expanded than could be tolerated in one holy hour.

I hope golfers, bowlers, tennis players, bridge and poker players, and softballers of all kinds join bikers for the series because it's a transferable metaphor.

Of course, if you're reading this somewhere over 50 miles from Belvidere, Illinois, you'll just have to wait for the book; or call 815-544-6402 and order audio copies of what happens throughout the series.

Naturally, I'm already catchin' it from folks who loathe bikers for reasons that I'll cite during the message/chapter called "Curses" (8/16/09); and if you'd like to get the summer summary series schedule, go to www.belvpresbyterian.org.

It's kinda like the guy who always says this when he doesn't like a scheduled visiting preacher or some special Sunday event: "I guess I'll just go to Heartland...[an emerging church in the area that's so what's-happening-now that it's 'a different way to do church']...that Sunday." 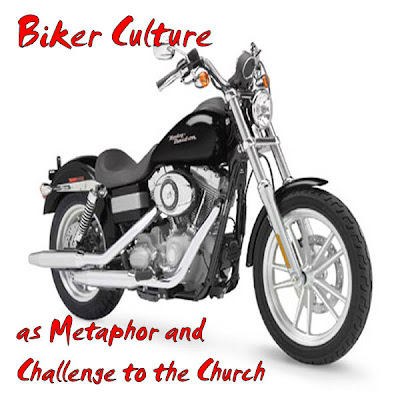 Kathie, KD's webmaster and contributing muse who also handles www.belvpresbyterian.org, designed the bulletin cover for this Sunday (^); and I'll bet in a Christian kinda way that a cover like it has never appeared in a church in any universe related to us.

Bikers will frame it.

Non-bikers will, uh, whatever...

I have written six books - five published with no threats to the sales of Rick Warren and Joel What'shisname.

I haven't felt this "inspired" since the one dedicated to my dad.

I know you don't know what book I'm talkin' 'bout; for if you did, I would have at least one bestseller by now.

Getting to subjects that will never be a big part of any book that I write, Dwight and Tiller (scroll down to the previous two KDs) have prompted some pretty intense reader responses:

From a pastor in my franchise: "Whoever 'Dwight' is, KD, he seems to have forgotten - or maybe never knew - the universal law that God has written into His universe: what you sow is what you will reap. Too many people don't want to believe that's true...Live by the sword, die by the sword...Sow to the wind, reap the whirlwind. The positive is true as well: cast your bread upon the waters, and after many days, it will return to you...When people like Tiller kill human beings at will, his supporters/family/conspirators should not be surprised that he is killed at will."

From another pastor in my franchise: "I got the point that 'Dwight' missed, but methinks you dissed him a little too hard. I am reminded that as we grade ordination exams, we are careful to criticize in the third person not the first. If I were him, I would be exhibiting emotions not conducive to our Christianity regardless of how much 'ass' I may have shown in commenting to you. You pretty much kicked him in the balls in front of all of us and then said, 'Serves you right.' Maybe it did, but I don't think it really served you right nor Jesus."

From another pastor in my franchise: "You seem uncharacteristically surprised or at least given to pause by 'Dwight's' umbrage. Did you seriously expect pro-abortion advocates to think critically or even, frankly, to think? It is all about reaction in that camp. The murderer of Dr. Tiller and Dr. Tiller himself were both in absolute disobedience and rejection of the Decalogue - and not just that whole 'don't murder' thing. In no manner can their acts be reconciled with Godly belief and practice - ever...You cannot speak criticism of the activities of Tiller without offending the sensibilities of the humanists sojourning among the faithful. For them and their ilk, abortion on demand has become the only sacramental act in their belief system. But hey, this is a free country, and Comrade BHO has reminded us ad nauseum - not a Christian one at that."

From a non-pastor who ain't in our franchise: "The left is making a martyr out of Dr. Tiller...Abortion isn't really my hot-button issue...But to perform such third-trimester elective procedures in bulk as he did requires so selective of a conscience that I wouldn't want to entrust a hangnail to somebody like him...As to the shooter, yes, he should get the full measure of justice due. I'm told Kansas has reinstituted the death penalty, and so I say verify through trial that he did it and then strap him in and send him on his way. What a stupid thing to do - a premeditated shooting in a public place without considering the sympathetic backlash; not to mention leaving vengeance to the Lord for performing purely legal - even if morally repugnant - acts. That won't advance the debate on the morality of abortion on demand, even of the type that Dr. Tiller performed, and certainly won't add to the list of persuasive arguments against it."

Even when KD's balls are being kicked in by the second respondent in front of everybody, KD is grateful for folks who are still thinking.

That's a metaphor related to the above.

It's also a hint about the summer summary series on biker culture as metaphor and challenge to the church.