Now that the Yankees have the best record in MLB again after sweeping those beaners outta the really big apple, my hope for restored order in church and society has been rekindled.

Until folks see each other through the eyes of Jesus as, uh, ordered, that slow train will continue to speed up.

I've almost finished my manuscript on biker culture as metaphor and challenge to the church; and because my previous small market publisher did such a lousy job with at least one book - Golf in the Real Kingdom - that coulda, shoulda, and woulda in a Marlon Brando contendah kinda way, I've decided to look for an agent.

I've got three great forewords and a title that will provoke...

Anyway, it's the most real, rough, raw, and maybe even redemptive of all of my books; so much so that one guy who I really, really, really like said, "It's great! It's bold! I will sell it! But I can't write a foreword for you because it's too honest."

I think he's a Presbyterian.

Anyway, here's a mild excerpt from the last chapter on freedom:

Getting back to helmets, the bottom line for bikers is not safety.

The bottom line is freedom.

The bottom line is not yielding freedom to someone who thinks she
or he knows so much better that they can dictate your beliefs and
behaviors.

That's why bikers are trying to hold the line on helmets as a
patriotic act; knowing it's a terribly slippery slope to state
control over every part of your life.

My octogenarian parents and friends are connecting those dots to...

There are two women in our family of faith who love Jesus, kinda love me though they'd never admit it because of previous idolatries while thinking I'm always thinking about 'em which isn't true except in a fond kinda way, and will always be among my favorites even when I've gotta afflict them for being too comfortable in their prejudices while always prepared to comfort 'em when they're afflicted by somebody else's prejudices.

Anyway, one is a die-hard Democrat and the other is a die-hard Republican; and both are always looking for something in what I say and write - Dang! You can always find something! - to prove that I lean one way or the other despite my constant refrain, "The Democrats and Republicans are killing America. The Democrats are not so crypto-socialists and the Republicans are weenies who have abandoned their moorings like that moron who ran for President while not representing them last time." 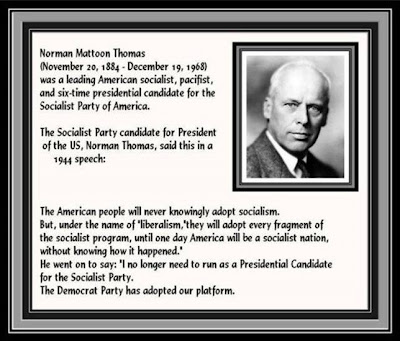 My buddy who is President of Victorious Ministry Through Christ - If you want to know more about that ministry, ask! - conducted some prayer ministry sessions just down the road.

He's also my predecessor in the church that's currently enduring me.

Well, a big part of VMTC is praying/helping/enabling folks to learn how to say to God and others, "I was wrong. I am sorry. Please forgive me. I love you."

If RR were still President or somebody with some ___s, that never would have happened in the first place; and it's gonna continue to happen until those morons in D.C. - Yes, my two favorite partisans, I mean all of 'em on both sides of the aisle in all branches of government! - get some ___s and stop playing politics with the health, welfare, and security of the globe.

I hope WJC was told by PBHO or whoever's really running the show these days to lie.

I hope we promised something really neat.

Now we need to tell 'em to confess, repent, or go to hell.

A review of what I learned with Kopper seems appropriate about now (scroll down to third section of KD's 7/30/09 edition).

Some salt about tithing in the last KD (scroll down again) prompted a pastor in Ohio to chime in:

Let me tell you what I do when people come to me and complain about
my preaching and teaching on tithing.

First, I tell them that I did not realize they were not tithers and I really
wish they had not shared this with me, since I don't know who gives
or how much, nor do I want to know. This is...a matter between them
and God, and if their conscience is clear before God as they choose
not to tithe, I guess it has to be O.K. with me and they don't owe
me an explanation.

God gives us the free will to disobey His Word and the Bible tells
us that when we don't tithe, the money we keep that was His
that we spend on other things has been stolen from God...

As their pastor, I am deeply concerned for their spiritual
well-being...

Tithing is something they make up their minds to do or not,
and God does not want them to give under compulsion. So
if you can't give freely and cheerfully, then don't give. And
don't let any preacher put a guilt trip on them to give. Settle
that matter with God.

Also, I can make two promises about tithing: (1) When
you tithe, you will have less money; and (2) It will be enough
money.

How much do you really believe God?

Not bad for a Presbyterian pastor.

Here's something from another Presbyterian pastor in Florida related to the pastor who wants to buy a convertible but may not because his church won't let him (scroll down to the 7/30/09 edition of KD): "What our brother needs to do is go back to the jerk who offered 'counsel' and tell him right up front, 'Unless you or the congregation plans to buy and maintain my car, shut the hell up! What could possibly make you think my choice of car is anyone's business but my own?'"

He went on, "Idiots abound! I'm trying to imagine someone in my congregation saying something so dumb to me!"

BTW, that pastor was a special forces and intelligence officer for our government.

Here's something from someone who left the PCUSA because he couldn't find a local Presbyterian pastor who still believed in Jesus in reference to KD's 8/5/09 edition: "If people can read between the lines, this might be your most meaningful edition ever. So much to really think about. But do people really think anymore? Do people really care anymore? With Jesus, we are no longer part of this world. But the world sure seems to want to be part of our lives. Come, Lord Jesus!"

I've got an answer to his questions: "No."

Just look at the idiots - anyone who knows any Greek knows the synonyms for that are almost as apocalyptic as the picture and quote included earlier - who we keep sending to D.C. from both parties (the last three words, again, for my favorite partisans).

But my friend from Pennsylvania does know the answer.

Now back to the Yankees...