Though I've never been into corrective/creative combing, my sister the hair stylist provided an important reality check pour moi many years ago: "Face it, Bobby, you're bald. You look ridiculous with that fuzz on the sides. It looks like your sideburns are growing the wrong way; or you're auditioning for Larry in a movie about The Three Stooges. Just deal with it and shave your head."

Someone who hadn't seen my new/authentic do asked if I am O.K.

Within a week, I received sympathy cards from around the country.

I thought about that a few days ago when I was in a restaurant and ran into somebody who has no inhibitions about talking to others behind my back about how she/he hates me in a Christian kinda way.

I took off my jacket; revealing a fresh needle track on my right arm.

It was surrounded by dried blood.

Parenthetically, a friend/elder shames me into giving blood with him every three months.

Anyway, the gal/guy inquired with a suspicious smile, "What happened to your arm?"

I replied, "I just can't take it anymore. I've become a junkie."

I'm waiting for cards from around the country.

Speaking of folks who like to catalogue, Census 2010 has started.

It's a decennial tradition mandated by our country's Constitution.

Going back to the first one in 1790, it's how our government determines who gets how many Congressional seats, electoral votes, and freebies.

While surrendered information is supposed to be confidential, you know how that goes.

You can ask Sammy Sosa, Barry Bonds, A-Rod, and others about our government's commitment to confidentiality.

Noting how big brother, uh, geez, I mean the government needs our complete cooperation with the census to determine important matters based on population #s, PBHO's into it: "Take about 10 minutes to answer 10 questions, remembering to include everyone in your household, because we can't move forward until you mail it back."

He has said nothing about the census being part of the "change" that we can believe in.

The Census Bureau will report directly to "White House senior management" instead of the Commerce Secretary.

Initially, ACORN was to play a big role in conducting Census 2010.

Just like there's no connection between PBHO and the most corrupt political culture in America that birthed him...

Minnesota Representative Michelle Bachman says she won't answer any question but the first - name, rank, serial # - because the questions are too personal and none of "their" business.

Census spokeswoman Shelly Lowe says anyone over 18 who does not answer all of the questions could be fined 5K; however, a KD source in the know says not to worry: "Before all of the bureaucratic red tape gets untangled and a bill is sent to you for not cooperating, you'll be dead."

Walter Williams: "Americans need to stand up to Washington's intrusion into our private lives. What business of government is the number of times a citizen has been married or what he paid for electricity last month?...What to do? Unless a census taker can show me a Constitutional requirement, the only information I plan to give are the number and names of the people in my household. The census taker might say, 'It's the law.' Thomas Jefferson said, 'Whensoever the General Government (Washington) assumes undelegated powers, its acts are unauthoritative, void, and of no force.'"

WW added, "The Census bureau also asks questions about race, and I want to know what does race have to do with apportioning the U.S. House of Representatives?...For those who find such intrusion acceptable, I'd ask them whether they'd also find questions of their sex lives or their marriage fidelity equally acceptable." 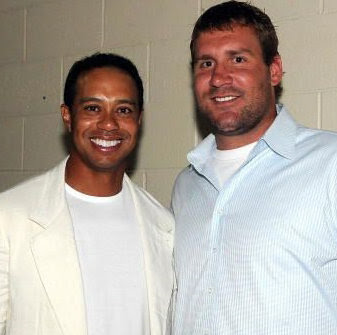 According to our Constitution, the census is only to make an enumeration; gathering an accurate count of Americans for apportioning Congressional districts.

Buuuuuuut this census exceeds the Constitutional mandate and asks lots of personal questions: skin color, # of toilets in the house, disabilities, # of owned cars, # of appliances...

Only 1 is required by the Constitution.

Parenthetically, Constitutional defiance comes as no surprise to Christians chained to mainline denominations.

Libertarians believe Census 2010's invasion/intrusion/violation of personal privacy is part of a conspiracy to expand the size and power of government.

Maybe that's why a friend keeps urging me to give up on the jackasses and pachyderms and protect our freedoms by joining the Libertarian Party.

I am being drawn to Ron Paul as a viable option to PBHO and anyone else on the radar who aspires to be the next resident of the White House: "There are serious questions about how and why government will use the collected information...the census should be nothing more than a headcount. It was never intended to serve as a vehicle for gathering personal information on citizens."

Paul is prophetic: "But our voracious federal government thrives on collecting information. In fact, to prepare for the 2010 Census, state employees recorded GPS coordinates for every front door in the US so they could locate individuals with greater accuracy!...If the federal government really wants to increase compliance with the census, it should abide by the Constitution and limit its inquiry to one simple question: How many people live here?"

More Libertarians than Republicans and Democrats like Ron Paul.

Vic came to see me many years ago: "Phoebe is going to leave the church because she doesn't like our music director leading the congregation in Psalm-singing."

He snapped, "I don't care what other people think or like. I just care about my friend Phoebe."

As the Emperor said to Wolfie, "Well, there it is."

Ecclesiastical and government elites think only their opinions count.

I'm going to shave my head.

We received a letter today from the census bureau today. I figured it was the form. Upon opening the letter I discovered it was a letter telling me that I was going to receive the form next week!

"For those who find such intrusion acceptable, I'd ask them whether they'd also find questions of their sex lives or their marriage fidelity equally acceptable."

Must not be a presbyterian.