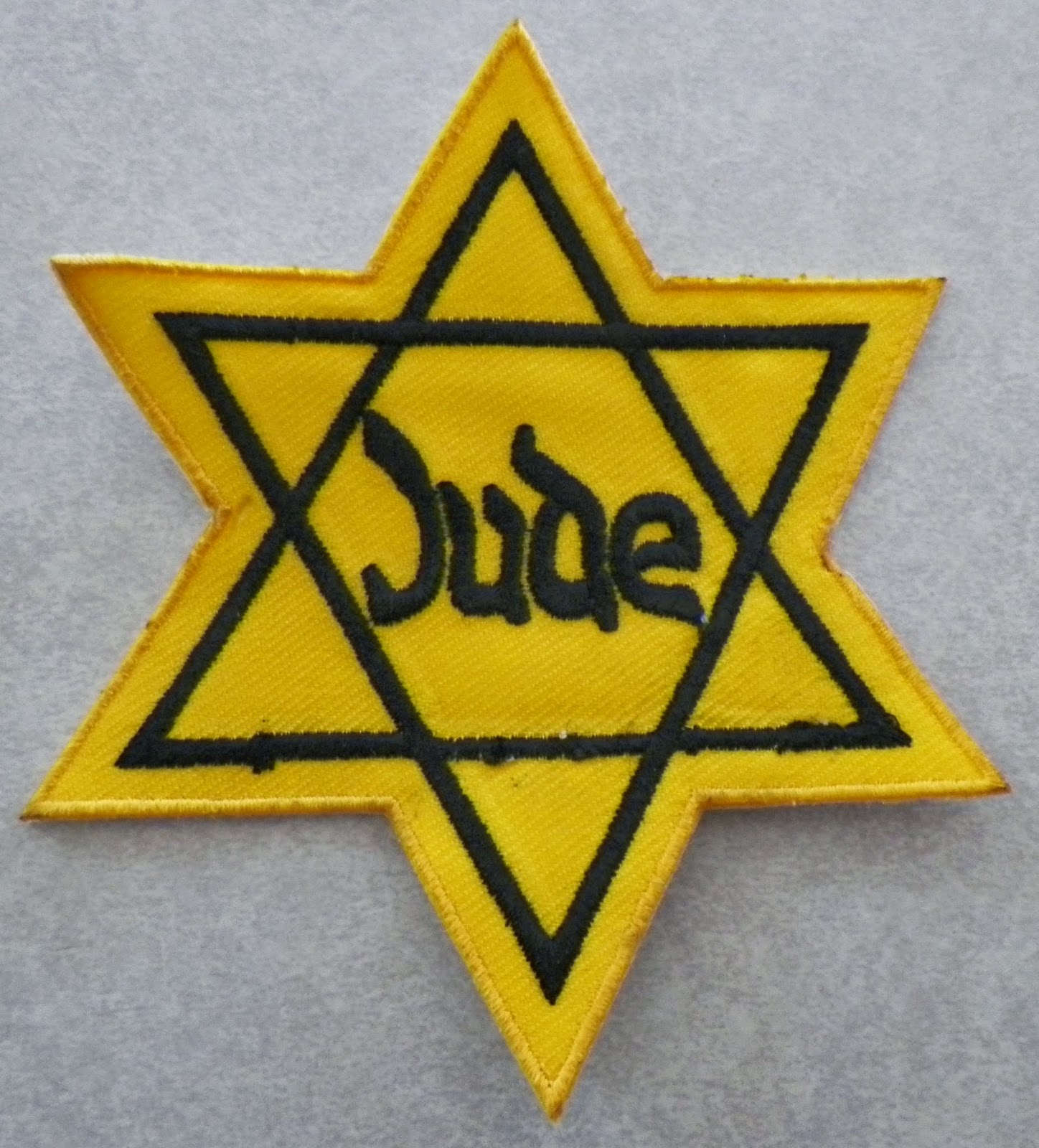 I have nothing against tattoos; just thought I'd never want/get one.

There are three reasons why I haven't gotten one yet.

First, pain.  I don't like pain; especially when it can be avoided.  Everybody who's gotten one has told me that there's pain involved in the process.  So, count me out!

Second, until now, I haven't been convinced there is any design/picture/statement/whatever that I'd want on my body in a permanent kinda way; because what would happen if I changed my mind later on in a wineskin-expanding kinda way?  Really, I can't imagine how tattoo artists would/could have handled do-overs when it came to inking the names of babes in my life since I was in 8th grade.

Third, until now, where would I want to be inked; like in, you know, part of the body?

Fundies are probably infuriated already because I haven't mentioned Leviticus 19:28; but, c'mon, you know practically nobody pays attention to Biblical stuff when it conflicts with personal/corporate instincts/lusts and ethical rationalizations.  Just ask mainline denominations.

Again, I have nothing against tattoos.

My sister, sons, niece, nephew, and most of my biker buddies have 'em.

My mommy and daddy taught me the common courtesy to mind my own business when it's none of my business; so I never comment on anybody else's ink, hair, hair color, hair length, facial hair, clothing, cars they drive, bikes they ride, where they eat, whether they wear helmets, or anything else unless it's perfume that could knock over a bull at fifty paces.  Steppenwolf sang a lot about that in Monster.  BTW, that's a really, really, really bad problem in most churches; because, unlike my mommy and daddy, most people in church haven't read Matthew 7:12 or have and think it only refers to how people are supposed to treat them and not vice versa.

I learned from mommy, daddy, and Thumper when it comes to the aforementioned, "If you can't say somethin' nice,..."

Sooooooo I have nothing against tattoos; just thought I'd never want/get one.

Parenthetically, while I know the media, entertainment, mainline denominations, politicians, Harry Potter's creator, Joy, Whoppi, and especially BBPBHO have no fear when it comes to holding Christians accountable for behaviors antithetical to Jesus by the book because people who follow Jesus by the book - Don't blame Jesus for so-called "Christians" who don't follow Him by the book! - don't go around chopping off heads and slaughtering non-combatants and remaining silent about the bastard children of religions about Jesus that seldom have anything to do with a relationship with Jesus, all of 'em are sooooooo afraid to ask the kinda questions that may help ameliorate the increasing madness (see "An Open Letter to Muslims" by scrolling down).

When the Presidents of France and the USA can't bring themselves to tell the truth about what's going on...

Sometime just after midnight, I had a dream/vision/inspiration/indigestion.

I got a tattoo.

It was a yellow star of David with "Je suis Charlie" inscribed on it.

Left arm above the elbow.

Anybody familiar with history understands the previous and contemporary symbolism.

If not, shame on yu'uns!

Islamofascistnutballs are targeting anyone who won't submit to their phony deity.

I'll bet in a Christian kinda way that they will be especially focused on...

That's why I want to be identified with them - confessionally and visibly.

I don't know if I'm gonna get a tattoo or cloth patch or button with a picture and inscription or...

But I've got to do something for Christ's sake.

As my parents taught me, it's a common courtesy to...Jesus.

An Open Letter to Muslims

I am writing to you as a follower of Jesus; meaning I believe He is Lord and Savior and try to behave accordingly.

Christians regard Jesus as the perfect personification of God and the Bible as providing the perfect prescriptions for following Him.

Assuming you are trying to follow your leader Mohammed according to your sacred literature, I have increasing concerns about how you participate in civilization.

I differentiate between posers and authentics.

Posers follow their leaders by their books when it’s convenient to their egocentric wants, feelings, needs, and opinions; as in, “I know that’s what Jesus/Mohammed says, but I think…”

Authentics follow their leaders by their books; surrendering the egocentric to the theocentric; as in, “God said it.  I believe it.  That settles it.”

While my guess is some of what I am writing may appeal to posers who are moderately committed to their leaders – “Yeah, that’s right!  I am a moderate!  I’m moderately committed to Jesus/Mohammed as long as it doesn’t, you know, conflict with my wants, feelings, needs, and opinions!” – I am hoping this will attract attention from Muslims who are trying to follow Mohammed by the book.

I have two concerns about how authentic Muslims participate in civilization.

First, from everything that I’ve read about Mohammed and observed in Muslims who follow him by the book, it’s noticeably barbaric from most civilized points of view.

I mean, let’s face it.  Cutting off heads for apostasy, cutting off other body parts for lesser infidelities, and degrading women in so many ways just doesn’t seem very, uh, civilized from most, uh, civilized points of view.

When someone makes fun of Mohammed in a silly cartoon or sophomoric video, you go apoplectic.  You make our snake-handling Pentecostals look like Emily Post devotees.  Are you that emotionally fragile that you can’t handle people who don’t esteem Mohammed like you do?  Yeah, I know you’ve got this convert-to-us-or-be-killed-by-us thing going.  But think about us!  We are a constant source of comic material for Saturday Night Live, Bill Maher, Kathy Griffin, and so many others who don’t have to worry about Christians declaring death warrants against them.

And what’s up with the masks when you do your beheading thing?  You look like America’s old KKK on steroids!  It comes off rather cowardly.  If you have the courage of your convictions, man up, name it, and claim it!

Your leaders of your leader are quick to convince their followers that there are dozens of virgins awaiting those who get knocked off for your cause.  While that sounds like something very appealing to Cub Scouts in heat, it comes off as rather juvenile to the rest of us.  Really, is that what your heaven is mostly about?  Sex with virgins?  Whoa.

There’s no such thing as a silent majority.  Everybody knows silence about bad behaviors emanating from bad beliefs accommodates and enables them.  If they’re wrong about Mohammed by the book, then you owe it to, uh, Mohammed to tell them about it and convince us that we’re wrong about thinking Islam is barbaric from civilized points of view.

Christians who believe in Jesus by the book have always been quick to criticize the bad behaviors of people posing as Christians.

Don’t even bring up the Crusades!

Jesus and people who really are authentically believing in Jesus by the book would never have approved of the barbaric behaviors emanating from the bad beliefs of the Crusaders.  They were about as authentically devoted to Jesus by the book as we are hoping you will tell us are those barbarians masquerading as Muslims who go around chopping off body parts, degrading women, and declaring death warrants against anyone who disagrees with their version of Islam.My

We’re just asking you to be more conciliatory and recognize the planet has enough space for all of us.

Before everything but heaven breaks out, please show the world that Mohammed by the book isn’t as barbaric as we’re reluctantly concluding by the behaviors of so many of those who claim to follow him.

If you cannot get your house in order, we will not let you invade ours much longer.

Along the same train track of thought, "I am Spartacus!"
Or, more recently than the 1st Century B.C., Freedom riders/marchers/sit-inners who got hosed and worse in places like Birmingham, Jackson, and other hamlets too shamefully many to mention.
Applause for this KD!

Pastor Bob,
Thanks for your latest thoughts on Islam. Christians not only seldom read their bible, but they are totally ignorant of the Koran. A simple reading of the Koran, the history of Mohamed the pedifile, and Islam in Medina and Mecca would explain the “peaceful” religion of Islam. About 5 years ago I read MARK STEIN’s , a secular Canadian, book “America Alone” it was an eye opener then and is being forfilled today . As I recall from our time together, you are a voracious reader, if by some chance you have not read Mark’s books, send me your mailing address and I will send you the book.
Hang on!!! God still loves America, not because of the sad condition we are in, but because of our forefathers. Mark realizes that America is still the last hope. Europe is finished, the Muslims in Europe have been having children, paid for buy Europe’s socialist health care, for the last decade at 5x the rate of the natives. Mohammed has been the most popular baby boy’s name in Europe for well over five years. Europe and maybe Canada
will lose their culture and live under Sahara law. It is simple demographics.
But God, but God still loves us, and I believe has given us the Mexicans, they are making up for our bearly reproducing ourselves.
So let me know brother if you want the book.
Boy, these are exciting times.
yours in Christ