She asked, "What the hell is going on?"

There are Muslims who say they love Mohammed by The Koran who slaughter children and non-combatants, chop off heads, throw gays out windows to their death, torture with such horror that our media and nanny state won't report/expose it for civilized consumption compelling response, treat women worse than dogs, and don't blush during their barbaric behaviors.

Many Muslims say those kinda Muslims are not real Muslims.

There are mainline denominational Christians who say they love Jesus by the book by increasing majorities who are increasingly syncretistic, subversive to the sanctity of all human life from womb to tomb, and obsessed with sexual and marital ethics distinct from 2K+ years of Biblical, confessional, constitutional, historical, traditional, and common sense Christianity.

Who is a Muslim?

Who is a Christian?

Islam is not defined by anyone other than its founder Mohammed.

Christianity is not defined by anyone other than its founder Jesus.

Don't blame Mohammed for so-called "Muslims" who don't follow him by his book.

Don't blame Jesus for so-called "Christians" who don't follow Him by His book.

Well, for some reason that defies intellect, our media, mainline denominations, entertainment, government, BBPBHO, and others with two feet planted firmly in the air can't seem to or don't want to connect the dots.

Would Mohammed, the historical not "reimagined" founder of Islam, slaughter children and non-combatants, chop off heads, throw gays out windows to their death, torture with barbaric lust, and treat women worse than dogs?

How we answer that question will answer who is authentic to Islam or just posing another version of "reimagined" Islam.

Would Jesus, the historical not "reimagined" founder of Christianity, slaughter children and non-combatants, chop off heads, throw gays out windows to their death, torture with barbaric lust, treat women worse than dogs, abort the unborn, preside at same-sex nuptials, and endorse sexual ethics so distinct from the 27 books of the New Testament so notoriously associated with Him?

How we answer that question will answer who is authentic to Christianity or just posing another version of "reimagined" Christianity.

Parenthetically, I guess it's O.K. to come up with "reimagined" versions of Islam and Christianity; as long as ya admit that they're not authentic to the originals.

About 12-14 years ago, I was privileged to participate in a community Thanksgiving service in a mid-sized Midwest city.

The editor of a local newspaper was also participating; and, of note, she/he was an elder in a local church in our shared franchise.

I said, "_____, the Confessing Church Movement is one of the most significant things happening in mainline denominations today; and, well, being that you're an elder at _____ Presbyterian Church, I'm surprised that you haven't at least run an AP snippet on it in the _____."

She said, "I'm against it and will do everything that I can to defeat it."

Me: "Oh, I thought your job was to report the news, make editorial comment on the news; but not shape what the public needs to know about the news."

I don't recall another serious conversation with her/him after that.

Connecting the dots, that's a metaphor for why we're not getting a handle on what the hell is going on.

Jesus said Satan is the father/source/starter of lies.

Satan is opposed to everything and everyone that/who is/are good and Godly as defined by mercy, compassion, grace, forgiveness, redemption, and agape.

Satan, as Luther said, is a "clever trickster" who helps us to "reimagine" evil as good; so that those compromising with...or accommodating to...or conspiring with Satan "reimagine" slaughter and torture and degradation and depravity as evil evolved into good in some kinda twisted situational ethics kinda way.

Connecting the dots, the big lies being told about Mohammed and Jesus are being generated by the big liar in league with... 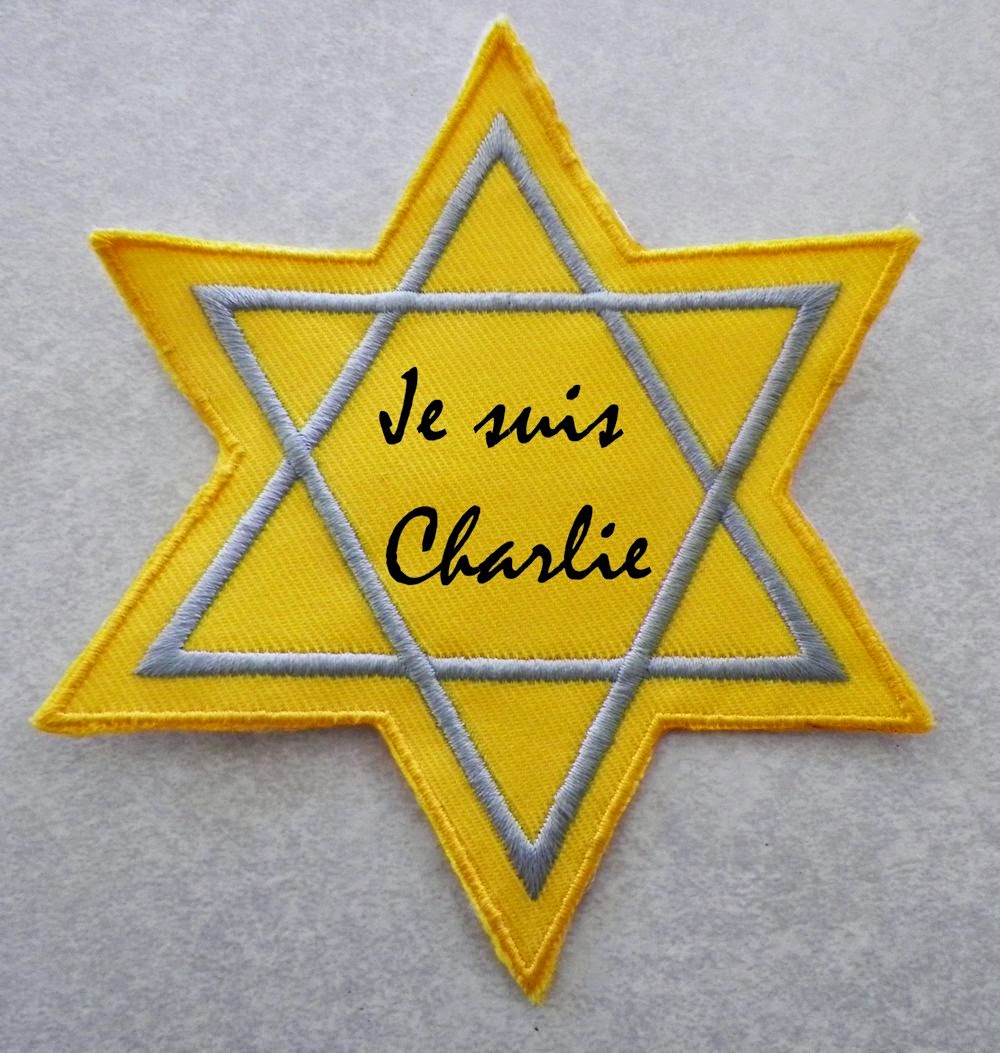 @#$%
An Open Letter to Muslims

I am writing to you as a follower of Jesus; meaning I believe He is Lord and Savior and try to behave accordingly.

Christians regard Jesus as the perfect personification of God and the Bible as providing the perfect prescriptions for following Him.

Assuming you are trying to follow your leader Mohammed according to your sacred literature, I have increasing concerns about how you participate in civilization.

I differentiate between posers and authentics.

Posers follow their leaders by their books when it’s convenient to their egocentric wants, feelings, needs, and opinions; as in, “I know that’s what Jesus/Mohammed says, but I think…”

Authentics follow their leaders by their books; surrendering the egocentric to the theocentric; as in, “God said it.  I believe it.  That settles it.”

While my guess is some of what I am writing may appeal to posers who are moderately committed to their leaders – “Yeah, that’s right!  I am a moderate!  I’m moderately committed to Jesus/Mohammed as long as it doesn’t, you know, conflict with my wants, feelings, needs, and opinions!” – I am hoping this will attract attention from Muslims who are trying to follow Mohammed by the book.

I have two concerns about how authentic Muslims participate in civilization.

First, from everything that I’ve read about Mohammed and observed in Muslims who follow him by the book, it’s noticeably barbaric from most civilized points of view.

I mean, let’s face it.  Cutting off heads for apostasy, cutting off other body parts for lesser infidelities, and degrading women in so many ways just doesn’t seem very, uh, civilized from most, uh, civilized points of view.2

When someone makes fun of Mohammed in a silly cartoon or sophomoric video, you go apoplectic.  You make our snake-handling Pentecostals look like Emily Post devotees.  Are you that emotionally fragile that you can’t handle people who don’t esteem Mohammed like you do?  Yeah, I know you’ve got this convert-to-us-or-be-killed-by-us thing going.  But think about us!  We are a constant source of comic material for Saturday Night Live, Bill Maher, Kathy Griffin, and so many others who don’t have to worry about Christians declaring death warrants against them.

And what’s up with the masks when you do your beheading thing?  You look like America’s old KKK on steroids!  It comes off rather cowardly.  If you have the courage of your convictions, man up, name it, and claim it!

Your leaders of your leader are quick to convince their followers that there are dozens of virgins awaiting those who get knocked off for your cause.  While that sounds like something very appealing to Cub Scouts in heat, it comes off as rather juvenile to the rest of us.  Really, is that what your heaven is mostly about?  Sex with virgins?  Whoa.

There’s no such thing as a silent majority.  Everybody knows silence about bad behaviors emanating from bad beliefs accommodates and enables them.  If they’re wrong about Mohammed by the book, then you owe it to, uh, Mohammed to tell them about it and convince us that we’re wrong about thinking Islam is barbaric from civilized points of view.

Christians who believe in Jesus by the book have always been quick to criticize the bad behaviors of people posing as Christians.

Don’t even bring up the Crusades!

Jesus and people who really are authentically believing in Jesus by the book would never have approved of the barbaric behaviors emanating from the bad beliefs of the Crusaders.  They were about as authentically devoted to Jesus by the book as we are hoping you will tell us are those barbarians masquerading as Muslims who go around chopping off body parts, degrading women, and declaring death warrants against anyone who disagrees with their version of Islam.

You can’t blame Jesus for “Christians” who need more than just “some” Jesus in their lives as we are hoping you will tell us about those barbarians who claim to be following Mohammed so closely.

I guess it does come down to our leaders.

Would Mohammed do the things that those murderously marauding “Muslims” are doing in the name of Allah?

If not, you have to speak up!

If so, admit it and let the chips fall where they will!

Would Jesus do the things that those murderously marauding Crusaders did in the name of God?

That means anybody who is truly following Jesus by the book will not!

Though what I’ve read and seen from the barbaric “Muslims” and what I haven’t heard or seen from the other ones doesn’t add up to anything positive or redemptive for the place of Islam in a civilized world, I confess not being an expert; which is why I’m waiting for the rest of the Muslims to provide a verdict on the obviously barbaric ones.

I’m just somebody who loves Jesus who is trying to follow Him by the book; and the Jesus of the book is compassionate, merciful, forgiving, and, in short, urging His followers to love everybody like He loves everybody which includes praying and laboring for the best for everybody without regard to who, what, where, when, or why with no need or expectation for response, regard, or reward.

That seems so different from Islam.

Islamists, the loud barbaric adherents and the silent accommodating and enabling ones, don’t seem to share such a commitment to co-existence.

Christianity, following Jesus by the book, can co-exist with everybody else.

Islam, from what I have read and seen, following Mohammed by the book, cannot co-exist with anybody else unless everybody else converts to it.

That doesn’t seem to leave many options for the rest of the civilized world.

I hope and pray I’m wrong.

Please speak up and encourage us that we’re wrong about you.

We’re just asking you to be more conciliatory and recognize the planet has enough space for all of us.

Before everything but heaven breaks out, please show the world that Mohammed by the book isn’t as barbaric as we’re reluctantly concluding by the behaviors of so many of those who claim to follow him.

If you cannot get your house in order, we will not let you invade ours much longer.

Thank you brother for standing strong and being gracious.