The road to the White House moves from fallible/fickle/phony survey polls on how people will/may vote to actual voting in polls beginning with the Iowa caucuses on February 1.


Unless the entitled and entrenched establishments of the DNC and GOP pull off something funky at their conventions in July, which is very likely because their frontrunners are the Howard Cosells of politics, my guess is Dandy Don will be singing after the results of March 15’s primaries in Florida, Illinois, Missouri, North Carolina, and Ohio, “Turn out the lights!  The party’s over!”


Parenthetically, if our two political elites succeed in denying nominations to a pathological liar who is a self-aggrandizing personal capitalist along with being a condescending finger-pointing pseudo-feminist/egalitarian and a pathologically arrogant entrepreneur/opportunist being increasingly described as an “authoritarian populist” even if they hit July 18-21 (GOP in Cleveland) and July 25-28 (DNC in Philadelphia) with overwhelming delegate counts, Will and Ariel’s prediction for the total collapse of an empire will only be off by a few years; or, at minimum, the DNC and GOP will become as irrelevant as mainline denominations.


Moretheless, while I may be wrong, here are the issues, candidates, and prediction for who gets to succeed the incumbent.


Economy – You’d think our current administration writes SNL skits on the side.  While we know they have no clue about what’s really going on in the Middle East and other parts of the planet being polluted by Islamofascistnutballism, things are not getting better for most people in America and surely it’s getting a lot worse for everybody else.


National Security – Open borders?  Really!  Even the Dominican Republic does a better job of vetting immigrants and refugees.  O.K., maybe only 1% of folks flooding into the USA are bad guys to join the bad guys who’ve already slithered in to join established sleeper cells.  Uh, have you ever seen what 1% of anything can do to spoil the party?  If not, you’ve never joined a church or volleyball league.  Don’t look now but here comes China, North Korea, Russia, and the Islamofascistnutballs!  Everything isn’t beautiful in its own way no matter how much we like Ray’s singing.


1st and 2nd Amendments – Following the lead of Nazis, Stalinists, Maoists, intellectual snobs, and the filthy rich who can say what they wanna say and have the cash to protect themselves with really sophisticated weaponry and bodyguards, these two rights integral to the fabric of freedom in America are more at risk than ever before.


God – As the ignorant and idiotic increasingly and defiantly shoot the goose that laid the golden egg, America better get back to God before He reneges on the deal with Abraham.  Word: “Return to Me and I will restore you.  If not, not.”


Jeb Bush - Really?  Have you seen how many people are happy about the Patriots’ dynasty ending?  While those survey polls may be off, the margin for error isn’t as big as this guy wishes.  If the GOP elitists can swing it, they’ll destroy the party to nominate him in a brokered convention.


Ben Carson – My personal favorite!  Brilliant, articulate, compassionate, ethical, and, ergo, unelectable.  Puuuuhhhhlease, don’t even bring up his lack of experience!  Compared to whom?  While the incumbent hasn’t figured out almost anything about the aforementioned issues but can say nothing eloquently about almost everything, Carson is a quick-learner and filters principles and priorities through faith in Jesus as Lord and Savior.  In other words, he has no chance to win.


Chris Christie – Too cozy with the incumbent last time around.  Toooooooo Jersey.  Too much to overcome.


Hillary Clinton – I know we’re in a rush to elect a woman; but, c’mon, is she really the best that her gender has to offer?  If she’s allowed to run, American jurisprudence will have to send a collective letter of apology to General Petraeus.  Just as I cannot understand why women on the left side of things aren’t enraged about how most of Islam treats women, I don’t get how sooooooo many women think this enabler of a notorious sexual predator and leader of “Bill’s Bimbo Squad” is an advocate for women’s rights.  Recalling how she worked for Goldwater in 1964, she makes the PCUSA look like the holy herald, gatekeeper, and guardian of Biblical faith and morality.


Ted Cruz – It’s fun to watch a graduate of Princeton and Harvard stick it to ‘em.  Only Carson comes off as smart and principled; which means, like Carson, he has no chance of being elected by the current electorate.


Carly Fiorina – The good old boys and girls of the GOP aren’t even close to the DNC when it comes to gender stuff; and, to be fair, the DNC isn’t even close to the GOP when it comes to lots of treasured American values.  Getting back to one of the few politicians with the, uh, morality to take on the partial-birth-organ-harvesting abortionists/savages, I’d like to see her rather than Mrs. Heinz sit down with Putin and Iran to negotiate important stuff; though we probably wouldn’t have dated in college.


Mike Huckabee – Except for his previous defense of the Confederate flag, likeable and faithful; and as unelectable as Carson and Cruz.


John Kasich – O.K., good sub for Bill, good job in Congress, good job in Ohio; but not good enough to attract attention apart from those who only remember what happened ten minutes ago.  Working for Lehman Brothers not a plus.  Good cabinet guy for whomever gets elected.


Rand Paul – Equally as shrill as Carly and too naïve about geo-politics; and if the apple doesn’t fall far from the…


Marco Rubio – Most sensible about immigration and national security; but too cozy with the GOP elite.  Would be a great choice to prove GOP is not all about rich WASPs.


Bernie Sanders – If it weren’t for wondering where he’s going to get the money to give away everything that he wants to give away and his ostrich ideology when it comes to national security and his barking style of speech that causes migraines and lack of historical perspective on socialism being less equitable than capitalism in reality and wondering if he’s already inhaling medicinal weed as he looks at the past, present, and future of the USA, I’d vote for him.  I like Bernie.  If I were in college or somewhere else on the dole, I’d vote for him too.


Donald Trump – With all of the elites in America against him, it makes me want to take a closer look at him.  If you check the archives of www.koppdisclosure.com, you’ll read about his lack of integrity when it comes to his claims of being a Presbyterian.  Conversely/perversely, he’s about as much of a Presbyterian as too many Presbyterians are Christians by the book.  Well, I guess he could be a Presbyterian; because Presbyterians are always reimagining Jesus apart from the book.  Go figure.  Yeah, go figure…and cross your fingers.


Oh, yeah, I hear former NYC mayor Michael Bloomberg is ready to commit a billion from his bank to run as an independent.  Aside from not wanting some guy who thinks I shouldn’t drink more than 16 ounces of pop at a time making decisions for me on things that really matter, I think he’s struck a deal with Trump in a rich guy kinda way to draw votes from Mrs. Clinton if she avoids indictment and a reality check.

America is having fun with Trump; and when it’s all over, he will be thanked for forcing the others to address issues that they tried to avoid.


Hillary will be indicted and have to drop out; or women will wise up and realize she cares about as much for them as she cares for Bill.


Though Mrs. Heinz will want to seize the moment and spend John’s money to win the prize, the deal that he and, uh, wazzhisname worked out with Iran will look like the product of prophets to the antichrist; propelling him to be the next viable candidate for Mayor of Moosic, Pennsylvania.


Vice President Joe Biden, who now admits he shoulda and coulda and woulda, will emerge out of the repulsions, confusions, inspections, and rejections and be our next President.


That’s what counts most in America.


Isn’t that how we ended up with the incumbent?


Of course, don’t take my word on it.


I’ve been wrong about the last three elections. 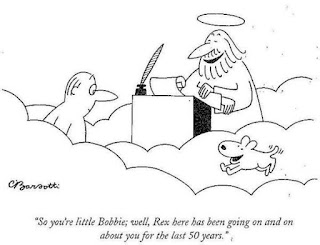 Please tell someone who ISN'T crazy to run for President.

Does anybody running for President know anything about foreign affairs. Or to handle any crisis oversea. All I here is how bad each one is. Calling each other names. I would like to know how they would handle trouble if war was about to happen. Not about each other.

Well, must confess, this is the first anonymous thing that I've read in a long time...and it caused me to have a good laugh; but, dear Lord, I pray this does not start a trend pour moi. P.S. Watch for a forthcoming edition on anonymity. Really, it's about a week or two or more or less away!

Dr. Bob,
You really outdid yourself as a wordsmith with this paragraph:

Parenthetically, if our two political elites succeed in denying nominations to a pathological liar who is a self-aggrandizing personal capitalist along with being a condescending finger-pointing pseudo-feminist/egalitarian and a pathologically arrogant entrepreneur/opportunist being increasingly described as an “authoritarian populist”

And again, you prove my point about the unelectability of Christians, as in Huckabee, Carson and Santorum. No one who really says what he believes as a Biblical Christian can be elected in our secular, anti-Christian culture. And re: saying what you need to say in whatever state [like maybe confusion???] that you’re in, pundits are criticizing Cruz for saying he’s against ethanol in a major corn state like Iowa. Only he’s RIGHT! Ethanol, as you probably know, is awful for engines, catalytic converters, corn prices, etc. etc.

Enjoyed some of your other great lines about the candidates, etc. Hopefully we really ARE in the last days…Come, Lord Jesus…or we won’t be able to get through this world with the bozos in office and the low information voters who put them there.

Yes; as the tailor said in Fiddler, "Rabbi, wouldn't this be a good time for the Messiah to come/" Yes!!!

We're in a mess, aren't we?! The hope we have is "if we pray, seek His face, turn from our evil ways, we will hear from heaven..."

Praying much for our Country,