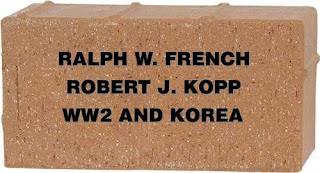 A few years after leaving seminary in 1979, I was back on campus for something; and asked him what he felt about the hottest button issue facing mainline denominations for the last 40+ years.  Expecting something extraordinarily erudite from a man who read at least three books between turning in and waking up, he just shook his head and scoffed, “Any damn fool can see…”

Well, I’d rather not complete that sentence in polite company.

My favorite, though, was how he greeted guest speakers; particularly those that he didn’t, uh, appreciate: “I’ve always found his books to be noteworthy.  I’ve always been impressed by him.”

Whenever he’d say that, seminarians would wink to each other.

Well, Ralph has always been larger than life for me.

Unlike Dr. McCord’s pejorative phraseology, I was always impressed by what Ralph had to say and everything that he said and did remains positively and eternally noteworthy in the deepest recesses of my head, heart, and gut.

You can read all about his existential accomplishments as an academic, athlete, businessman, patriot, veteran, churchman, and citizen by googling his forthcoming obituary.

But as my most recent mentor Eugene likes to say, “It’s not what you are doing that counts but who you are in doing it.”

Duty is so superficial compared to intention.

Yes, Ralph was uncommonly dutiful as a husband, father, father-in-law, and all of the rest; but his intention was far beyond any sense of duty.

He wanted us to be our best; which meant His best with what He has entrusted us.

I’d often say to him, “You know, Ralph, I agree with you on that; and I wish people would see things like you.”

Ralph was a gem amid the fiberglass when it comes to personal, family, national, global – oh, let’s just say Christian – ethics.

More than most in my experience, he really practiced what he preached.

I always felt like a BB gun compared to his heavy artillery.

He could fix almost anything; and I will get back to that in a second.

When I asked if I could marry his daughter, he gave a pack of Camel cigarettes to me – something about it symbolizing dowry in another culture.

Now getting back to his dogged determination to fix almost anything, I remember when his daughter and I – especially me – were on the brink of some very bad decisions.

He took me out to lunch.

While his daughter continues to dispute me on this, we went to one of his favorite restaurants.

I will yield on that.

He modeled that for me too.

He said something that he repeated before and repeated after and I can still hear him repeating today, “The apple doesn’t fall far from the tree.”

Then he added something that I only heard him say once when he
said it to me, “…but never cut down a tree that has good roots.”

I took his advice.

I always took his advice even when he or his daughter didn’t think I did; and I still do.

I will miss Ralph.

Both have taught me more about God and country and family and even church than I ever picked up from anybody else.

Ralph was so right about so many things – “Ralph, I agree with you on that; and wish people would see things like you do because our world and country and church would be so much better!” – but, a very big but, his words like silent raindrops fell.

Yet, I can see him and hear him because everything he was and remains are so noteworthy.

His impression on me has been eternal; and now that he’s eternal and knows face-to-face and knows me much more than he did in time, he will know that I loved him and I’m still learning from him.

However, my dear father-in-law, I will never measure up as a handyman to your daughter…and I don’t intend to try.

Recently, my mom finally confessed an anger that she’s held since I was in seminary and stopped coming home and bringing family home because pastors don’t go home because it’s their job to make the seasons bright for everybody else on Christmas Eve, Easter Day, Father’s Day, Mother’s Day, and…

She said, “I feel cheated.”

A song by Mike and the Mechanics keeps ringing in my ears, “It’s too late when we die to admit…”

Maybe you hear that echo.

Please don’t let that thought depress you; because it’s alien to our faith.

Jesus said, “I am the resurrection and the life.  He who believes in Me, though he die, yet will be live; and whoever lives and believes in Me will never die.”

Did we squander some of our time in time with Ralph?

Did we always appreciate what a great man he was for us and so many more?

Do we feel a little cheated that we didn’t savor more of our time in time together?

Fortunately, because we are spiritual, we end with this Christian reality about having forever to catch up: “We grieve; but we do not grieve as others do who have no hope.  Since we believe that Jesus died and rose again, even so, through Jesus, God will bring with Him those who have died in Him.  So we will be together forever and ever and ever.”

Eugene puts it this way, “You must not carry on…like people who have nothing to look forward to, as if the grave were the last word.  Since Jesus died and broke loose from the grave, God will most certainly bring back to life those who died in Jesus.”

He was right about the apple not falling far from the tree.

The tree of eternal life in the pure and perfect place of personal peace where there is no pain or tears or suffering or distance or regret or anything less than His best by grace through faith in Jesus.

Ralph is a very Special person in your Family life. Sorry about your Friends Passing. God Bless
Walton