(A Brief and Incomplete Guide to Prevention)


Suicides are occurring at an alarming rate: “Last year, across the nation, 38,364 people committed suicide…Research tells us that one in seven of our youth report having thoughts of suicide.”

Most experts claim such recorded statistics are very, very, very low to reality; estimating that many, many, many deaths “reported” as natural or otherwise were suicides.

Believers are not immune.

One of America’s most renowned evangelists shared this vision with me: “I’ve had this recurring idea that God greets people who have committed suicide with warm gentleness: ‘I know it was too tough for you down there.  It was almost too tough for Me.’”

I pray the eternally positive implications of my friend’s vision; especially considering a renowned psychology professor’s counsel and conclusion: “Take the threat seriously…be available…you may need to take direct and decisive action, like taking the person to the psychiatric ward of a hospital…In all of this, expect failure.  If a person is really determined to commit suicide, the counselor may delay his or her action but there is little that can be done to prevent suicide.”

Be that as it is or may be, Christians have a privileged responsibility to love Jesus by loving like Jesus by pointing to the “goodness” of this life intended from the start (aka Genesis) as preface to the heavenly through Him.

Simply, we must pray and try to prevent suicide – the existentially permanent solution to a usually real or imagined temporary problem.

1. Is suicide a sin?  Absolutely yes!  It is a rejection of God’s best for our lives: “I have come that you may have life and have it abundantly!”

2. Is suicide an unforgivable sin?  Absolutely not!  Jesus said every sin will/can be forgiven except one: “There’s nothing done or said that can’t be forgiven.  But if you persist in your slanders against God’s Holy Spirit, you are repudiating the very One who forgives, sawing off the branch on which you’re sitting, severing by your own perversity all connections with the One who forgives.”

Temptations to suicide include helplessness, hopelessness, depression, fear, guilt, desire to escape problems, substance abuse, grief, feeling there’s “no way out” of predicaments, alienation from family and friends, inability to give and receive affection, and other disappointments and disillusionments.

Signs of being suicidal include previous attempts, thanatos libido, verbalizing plans to do it, disinterest in prior interests, radical changes in sleep/appetites/activities/relationships, increasingly reckless substance abuse, lethargy, and markedly manic behaviors.

There are antidotes for preventing suicide.

Taking the time to listen will establish gentle accountability and express affection.

If there are any hints of the temptations and signs to/of suicide, address them directly and intervene/refer immediately.

Every hint should be taken seriously; and we must be willing to love the suicidal enough to be disliked by them by helping them to find an appropriate therapist or treatment facility.

Of course, Who is what is needed most: Jesus!

Augustine: “You are great, O Lord, and greatly to be praised: great is Your power and to Your wisdom there is no limit…You have made us for Yourself, and our hearts are restless until they rest in You.”

Jesus is the best medicine for all of our ailments: “Everyone who hears these words of mine and does them will be like a wise man who built his house on the rock.  And the rain fell, and the floods came, and the winds blew and beat on that house, but it did not fall, because it had been founded on the rock.” 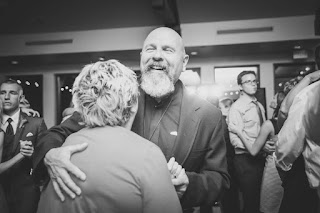