Here's a summary of what was said during worship at the first public meeting of Blackhawk Presbyterians for Fidelity hosted by Senior Pastor Bill Ward and Rockford, Illinois' Westminster Presbyterian Church.

That’s where I was forced to memorize John 3:16 and given my first KJV Bible that remains on my desk to this day.

I was introduced to Jesus as Lord and Savior in a Presbyterian Church.

My favorite home pastor of all time, The Rev. Harold F. Mante, nurtured my call to ordained ministry; and I think I’m still the only one of his confirmands that ever went on to ordination from the First Presbyterian Church of Forty Fort, Pennsylvania.

He took me to a seminary in New Jersey when I was in 8th grade to get it all started; and he smiled when I told a professor, “I’ll be coming here some day.  I just want you to be prepared.”

My call as an undershepherd to the Good Shepherd was nurtured and supported by Presbyterian churches.

My bills for college, seminary, graduate schools, and every worthless degree collecting dust in my basement were paid by Presbyterian churches.

Only a few years after being ordained - I think it was 1978 - I visited Hans Evans in a hospital in Coatesville, Pennsylvania.  The renowned pastor of the Coatesville Presbyterian Church was dying of cancer.

During our last moments together, I confessed, “Dr. Evans, I think I’ve made a mistake by being ordained in our denomination.  It seems to be irretrievably apostate under current management.”

Yes, that conclusion was reached that long ago.

He said, “Son, stay in the Presbyterian Church.  It’s the best mission field open to us today; and remember, the difference between coal and diamonds is pressure.”

Contextualized by our Lord’s high priestly prayer and Bonhoeffer and King and so many others, I have never felt comfortable in running away from houses burning to the ground; but rather running into them to save as many as God enables me to save.

Matthew 10:16 is my life’s verse as an undershepherd.

So I have remained in Presbyterian churches.

It has not been easy.

I have watched the increasing insult to God’s holiness in so many ways antithetical to Jesus by the book.

If I have to explain that to you, you are ignorant, deceived, apathetic, defiant, or co-conspiratorial with the dark side.

But, today, I am praising God for this first inaugural meeting of Blackhawk Presbyterians for Fidelity.

This is not a resistance movement or rebellion or shadow presbytery or gathering of reckless schismatics scorning institutionally mindless and gutless drones.

BPF has only one goal, prayer, and ambition.

We want to honor Jesus by the book, bring salvation to as many as possible, encourage selfless and sacrificial service as gratitude for confident living in the assurance of eternal life by grace through faith in Jesus, and no longer play footsies with the devil and those under its…

Please pray with me: You have prepared us for these days, O God, and we want to be faithful to You in all things at all times in all places with all people; and so I pray you will take this sin-stained life of mine, redeemed only by grace through faith in Jesus, and work a miracle so the words of my mouth and the meditation of my heart may be acceptable in Your sight and to the glory, laud, and honor of Jesus alone in whose name I pray.  Amen.

“Blackhawk Presbyterians for Fidelity” was launched on November 11, 2016 in Rockford, Illinois during a gathering of PCUSA pastors who remain committed to praying and laboring to be faithful to over two thousand years of Biblical, confessional, constitutional, historical, traditional, and common sense Christianity.

Essentially, that’s BPF’s raison d’etre; or as Ricky would say, it’s the purpose driving women and men of faith who want to remain faithfully in a denomination increasingly unrecognizably Christian (Doug Forsberg) and irretrievably apostate under current management (RRK).

You know the Biblical metaphors on that; and if we have to explain that to you, as bikers like to say, you wouldn’t understand anyway.

It’s time to confess our denomination is infected with a spiritual disease undermining, inhibiting, and threatening our theological heritage.

It’s time to face what must be fixed for a faithful future.

Though written to 1st century Christians, Jude’s letter “to those who are loved by God, called to salvation, and kept safe by Jesus” is contemporary to 21st century mainline denominations like the PCUSA that have lost His way, truth, and life.

Jude: “Beloved, though I was very eager to write to you about our common salvation, I found it necessary to write appealing to you to contend for the faith…For certain people have crept in unnoticed…unGodly people who pervert the grace of our God into sensuality and deny our only Master and Lord, Jesus Christ.”

While the remnant in our denomination in general and Blackhawk Presbytery in particular – women and men of faith who still believe in Jesus by the book - want to celebrate confident living in the assurance of eternal life by grace through faith in Jesus and express our gratitude in loving Him by loving like Him with grace, mercy, forgiveness, charity, universal invitation, hearty welcome, indiscriminate inclusion, and agape with no respect to color, class, or culture, the reality is unGodly people according to over two thousand years of Biblical, confessional, constitutional, historical, traditional, and common sense Christianity have slithered into leadership as pastors and elders.

How did it happen?

CPMs, COMs, EPs, GPs, SCs, and other presbyters like me and maybe you did not do their job to insure candidates for ordination and installation understood their ordination promises.

That omission has generated a majority of presbyters who either didn’t understand their ordination promises, lied at ordination to get a job that kinda suited them except for the Christology, or changed their minds after ordination and lack the intellectual and spiritual veracity to quit.

Unconverted clergy have birthed unconvinced laity resulting in Pharisaical reincarnations substituting polity, organizational order, and human traditions for the commandments of God as enfleshed in Jesus and explained in Holy Scripture.

The result in Jude’s words is a church of both the 1st and 21st centuries polluted by “…ungodliness…grumblers, malcontents, following their own sinful desires…loud-mouthed boasters, showing favoritism to gain advantage…scoffers, following their own unGodly passions…causing divisions…worldly people…devoid of the Spirit…”

Simply, the PCUSA, like the recipients of Jude’s letter and its sister denominations today, has been corrupted by leaders who approach salvation, the sanctity of all human life, marriage, lifestyles, charity, and everything important to our Lord and expected of anyone daring to claim Him as Savior with pseudo-profession substituting the egocentric for the Biblically Christocentric: “We know that’s what Jesus and the Bible say, but we think…”

Jude’s prescription for what’s ailing the church is fidelity: “But you, beloved, building yourselves up in your most holy faith and praying in the Holy Spirit, keep yourselves in the love of God, waiting for the mercy of our Lord Jesus Christ that leads to eternal life…have mercy…save others…”

We are to be different from them.

We are to be different from them.

Yes, there are children of light as opposed to…

The faithful don’t dance with the devil or demonically impressed, oppressed, or possessed.

The faithful shatter the sound of silence and say the church has lost  His way, truth, and life.

The faithful are awake; looking up, standing up, speaking up, and acting up for Jesus.

The faithful salt, shine, and leavenate.

The faithful remember a prophetic meeting in the parlor of Westminster Presbyterian Church, Aurora many years ago when Craig and Bill admitted, “We have lost; and now we must protect our people from them.”

The faithful know better than to get into tinkling contests with skunks.

The faithful know trying to be rational with the irrational is illogical.

The faithful know the birds will end up going where there is food.

Therefore, the faithful, a remnant in a dying unrecognizably Christian denomination irretrievably apostate under current management, pray and labor together to encourage and equip anyone still believing in Jesus by the book.

So what does that mean?

The faithful will no longer exercise the unwitting stewardship of fighting the dark forces of infidelity but will rather unite with sisters and brothers to be faithful to Jesus by the book.

We will remain faithfully and ignore or exercise creative neglect when it comes to the unfaithful; unless the unfaithful dictate conformity to their infidelities.

A child of fidelity is BPF.

Perhaps no one has said it better for us than Hans Kung in On Being a Christian: our agenda is “to discover what Is permanent…originally meant, before it was covered with the dust and debris of two thousand years…[of egocentric philosophy masquerading as Biblical Christology]…This is not another gospel, but the same ancient gospel rediscovered for today!”

Jude concludes with a glorious doxology of ultimate victory in/through/for Him: “Now to Him who is able to keep you from stumbling and to present you blameless before the presence of His glory with great joy, to the only God, our Savior, through Jesus Christ our Lord, be glory majesty, dominion, and authority before all time and now and forever.  Amen.”

Neither does BPF and the many other faithful movements in His Church. 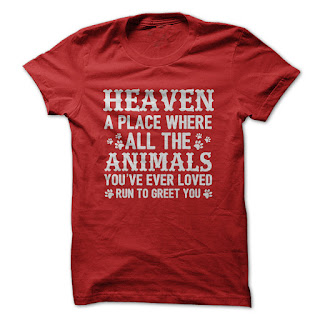 Good Read, I was wondering is there just one Bible we are going to read out of at Church. At Service time. So I Buy that Bible so I can follow alone as the Pastor reads it. A real Bible. Sometimes we been ask what Bible do we read out of at Church I can`t tell anybody because I don`t know.If somebody wanted to Come to my Church what can I tell them if they ask. amen God Bless
Walton

Well, friend, while I have many very favorite translations like ESV, NIV, and Holman Standard along with paraphrased versions like The Message and New Living, I often use my translations from the Greek and Hebrew...translating literally with expositional paraphrases. Excellent question!