40 Years Plus 2 with 25% and Counting at Home in Belvidere, Illinois

Because I didn’t like hearing about people in the Forty Fort United Presbyterian Church (Pennsylvania) having my first mentor and pastor The Rev. Harold F. Mante for lunch and rationalizing their infidelities at the expense of him sacrificing health and family for them, I wanted to shed “The Rev” for “Doctah” and be a professor of homiletics.

Dr. Felmeth made me take a church in Delaware, New Jersey (Delaware Presbyterian Church) as a seminary middler and unordained student pastor – called a “temporary supply” back then in keeping with the increasing organizational secularization of the franchise – to prove he was right and I was wrong about my beruf.

While I’ve served off and on as an adjunct homiletics professor for two seminaries but not mine which doesn’t bother me because of the Barnes-Keller betrayal of its academic and spiritual roots, I’ve had “credentials” – another bend forward to the increasing organizational secularization of the franchise – since May 8, 1977.

Jackie Kanter and Richie Kaufer, among my five closest friends before college and the rest, came to my ordination and confessed secret affinities to what it meant; while Richie Grossman called and said, “Bobby, I can’t come to, uh, whatever it is is happening to you today.  Tell me, Bobbbbbbby, do you really believe all of that Jesus stuff?”  “Well, Richie,” I replied, “I am getting ordained; so I guess I’m kinda into it.”

While I have no doubts about God’s providence in my life in every respect and relationship, echoing the certainties of the apostle in Romans 8:28, not taking the time to talk about Jesus to Richie that or any day remains one of my greatest regrets which is a euphemism for sins.

Getting back to that afternoon, my mom kept embarrassing me by telling everybody that I was going to be the next P of my alma mater; and looking at the last few Ps, I now understand that as a prophetic insult.

Essentially, he said, “Go where God tells you to go and everything will work out.”

“Rev. Mante” – that’s what we called him despite being told that’s not how we’re supposed to address ‘em and that’s one of the reasons why I got another advanced degree because I thought “reverend” assumed too much when it came to me and, besides, I knew people would end up calling me lots of things like everyone before and after me as a vocational hazard – charged me; and though I forget his text, his counsel has guided me in better moments: “Be slow!  Be steady!  Be solid!”

Then I spent the next two decades like the ones before that proving God chooses least likely candidates for ministry – check out the Bible for more on that – and reached every one of my egotistically inflated “professional” goals and climbed to the top of the ecclesiastical ladder of success before reaching 32 only to discover I was leaning against the wrong building.

I’ve written about those wilderness days in a few books that nobody’s read; and if anybody did, I’d probably be selling insurance in Idaho.

Brad Long, one of the fellows who helped me out of the wilderness without even knowing it, has often said everyone experiences the wilderness but not everyone survives/overcomes it.

Because of my family and friends but most especially being a Psalm 91 kinda guy, I survived and I’m still, uh, uh, uh,…whatever.

Against the advice of several folks in Blackhawk Presbytery and especially one officer who predicted I wouldn’t last two years in Belvidere because it was a war zone upon arrival with inheritances that would shake Samson without Delilah and gave new meaning to Sheol and because I had a record of telling churches where to go after they proved disinterested in going where He wanted them to go and leaving other churches with dear, dear, dear saints because my egotistical professional ambitions blurred my vision to the opportunities to grow together in Jesus and glow together for Jesus with sacrifices of true love that I truly regret, I’m well into my second decade of ministry on the corner of Lincoln and Main and won’t leave and will never retire unless I’m assassinated by an Islamofascistnutball or somebody who’s still mad at me for taking the church away from them and giving it back to Jesus, my Grandpa Kopp’s cancer genes take over, or the minority in our church like every church who hates the undershepherd becomes the majority.

Though I’ll break a new year’s resolution by saying this, I am “home” in life and ministry in Belvidere and Boone County, Illinois despite missing my mom, dad, sister, and the best pizza on the planet.

I’ve never hidden that; well, O.K., I don’t like to talk about some parts.

But if someone really wants some dirt, I’ll spoon-feed ‘em so they don’t have to dig it up.

I think I’ve always been pretty good at counseling because I don’t pretend to be any better or any worse than anyone else who needs Jesus to save them no more nor no less than me.

Anyway, at this point, there’s always someone feeling a little uncomfortable by me using myself as an illustration of what I think are important lessons; though I think I’ve been better at the truth that’s more self-deprecating than some people who do what I do who pretend to be better than God…and others…know.

Yeah, there’s always a charge of narcissism or some other lame name-calling to pigeonhole and blow off; because whenever anyone’s too confessional, it strikes too close to home and even pewbelts aren’t secure enough to squelch squirming.

Yet, I’ve always believed in testimonies; for the most persuasive pointing to Jesus as Lord and Savior is when we communicate who Jesus is for us with the exciting news of who He can be for them.

To paraphrase the apostle, “If Jesus can save a wretch like Bob Kopp who’s really messed up a lot in his life, you’ve got a chance!  Why do you think God called Bob Kopp into ministry?  To be like other pastors who hide their humanity in need of His saving divinity?  To pretend he’s better than anybody else because he used to wear those stupid vestments that Jesus ridiculed in Matthew 23?  No, if God can save him, anybody, including you, can make it!”

Parenthetically, that’s why “Rev. Mante” always greeted everyone, “Keep the faith!  Blessings on you!”  When I asked what he meant, he said, “Stick close to Jesus who is the only one who can save someone like you who doesn’t deserve to be saved!”

Besides, before I was a part-time homiletics professor, I had a homiletics professor who always quoted Brooks, “The best preaching is truth through personality.”  Then he’d say, “Nobody cares what Cyril of Jerusalem said.  They care about what you’ve got to say and what Jesus has done for you and can do for them.” Or as I heard a Newark radio preacher screaming on the radio late one night while heading back to the seminary from the church, “The only gospel that some folks will ever hear or see is the gospel according to you and me!”

I guess I could go on and on and on; but yielding to our cyberspaced-out and sound-byte attention span, I’ll wrap this up.

I have lots of regrets; but no doubts about God’s providence in my life.

Frankly, I’m surprised to be alive this long; and you can take that anyway that you’d like.

I really, really, really relate to Bullinger, whose confession should be included in every book of ‘em, when he said, in effect, “God has used me in spite of me.”

Paraphrasing Gump’s observation of Lieutenant Dan, I don’t know when/how it happened – so many people and churches and friends and family and foes but especially God have factored in – but I’ve finally found peace and home for the last half of the first four decades.

Maybe that’s why I’m so energized and determined for/about the future.

Let me put it another way.

Read the rest of that text and context; starting with Matthew 6:19-34 and then absorbing all of the red letters.

That’s the path, as Oswald Chambers liked to say, to strong calm sanity or living victoriously/triumphantly/confidently amid the meanness, madness, misery, and miscreance of life in the modern world.

I’ve got a long way to go and maybe that’s why retirement has never been on my radar; especially since that week with Eugene back in October 2011 when I was born anothen again.

When I look at my calendar (How do I spend my time?), checkbook (How do I spend my money?), church (How involved am I?), confession (What I say!), conduct (what I do!), countenance (How I appear!), and chums (Good and bad and tempting!), I know I’ve got a loooooooonnnnnnnng way to go.

But you know if you know Him, that’s the point.

Everybody needs Jesus to save them.

Everybody will have an epitaph.

I hope this will be mine: “He loved Jesus and loved people enough to point them to Jesus as Lord and Savior.”

Everybody has a signature.

Mine comes at the end of every worship service: “Continue in God’s peace through Jesus!  Love God and be kind to one another!  Remember, the answer to every question is Jesus!  The grace of the Lord Jesus Christ, and the love of God, and the communion of the Holy Spirit be with you all!” 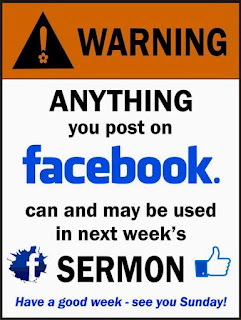