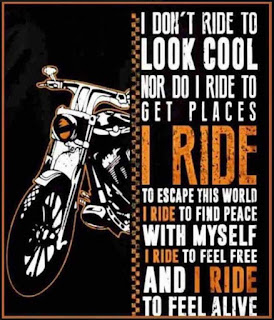 
While completing an ultimately worthless degree back in the early 80s, a Freudian shrink and professor reported one of the only useful things that’s stayed with me since: “Problem people in churches are usually constipated.  That’s why they dump on you.”

A few years after that, I received a letter from one of my first students during my tenure as an adjunct professor of homiletics at Kansas City’s Nazarene Theological Seminary.

Parenthetically, he remains among the top four or five preachers that I’ve heard in my entire life.  When he preached in class, I almost felt like saying, “I’m not worthy to take off your sandals.  Though you come to me, I need to be baptized by you.”

O.K., that’s a little a little over the top in a hyperbolic kinda way; but I think you catch the drift.

He was uncommonly gifted.

The letter broke my heart.

Another broken heart came to mind.

God knows I’ve seen too much of that over the years.

That’s how He’s enabled me to survive for so long with no end in sight; apart from assassination by an Islamofascistnutball savage or someone still mad at me for taking the church away from her/him and giving it back to Jesus not to mention Grandpa Jacob’s cancer genes.

I’ve also learned how to distract constipated pewsitters from bothering me about my family and small/incidental/minor stuff around the church like, uh, well, uh, you know; and if you don’t, you’ve been spending too much time in Colorado’s medicine shops.

The Nazirite cure for constipation.

Before getting to the cure, here are signs of the disease.

●An inflated sense of self-betrayed by thinking everyone just can’t wait to hear her/his opinion on stuff; forgetting opinions are like ___ and everybody’s got one;

●Unashamed and unseemly selfishness and sense of entitlement; thinking what she/he thinks, feels, and wants is more important than anyone else’s thoughts, feelings, and desires;

●Too much time on her/his hands; and

My version of the Nazirite cure is to ride a Harley, combust fumas, prefer manly vehicles for comfort/utility and protest America’s damning feminization, and encourage people to gossip with scowls, scorns, slander, and disdain about the length of my facial hair.

I figure if the constipated dump on me, they won’t dump on each other as much and we can live happily…every…now and then.

Getting the cure from Numbers 6 and even my mom and dad in a 1 Samuel 1 kinda way, I’ve been hanging in for a long time.

Pero I’ll wager in a Christian kinda way that I’ll be ZZ Topped before most are cured.

Shatter the sound of silence!